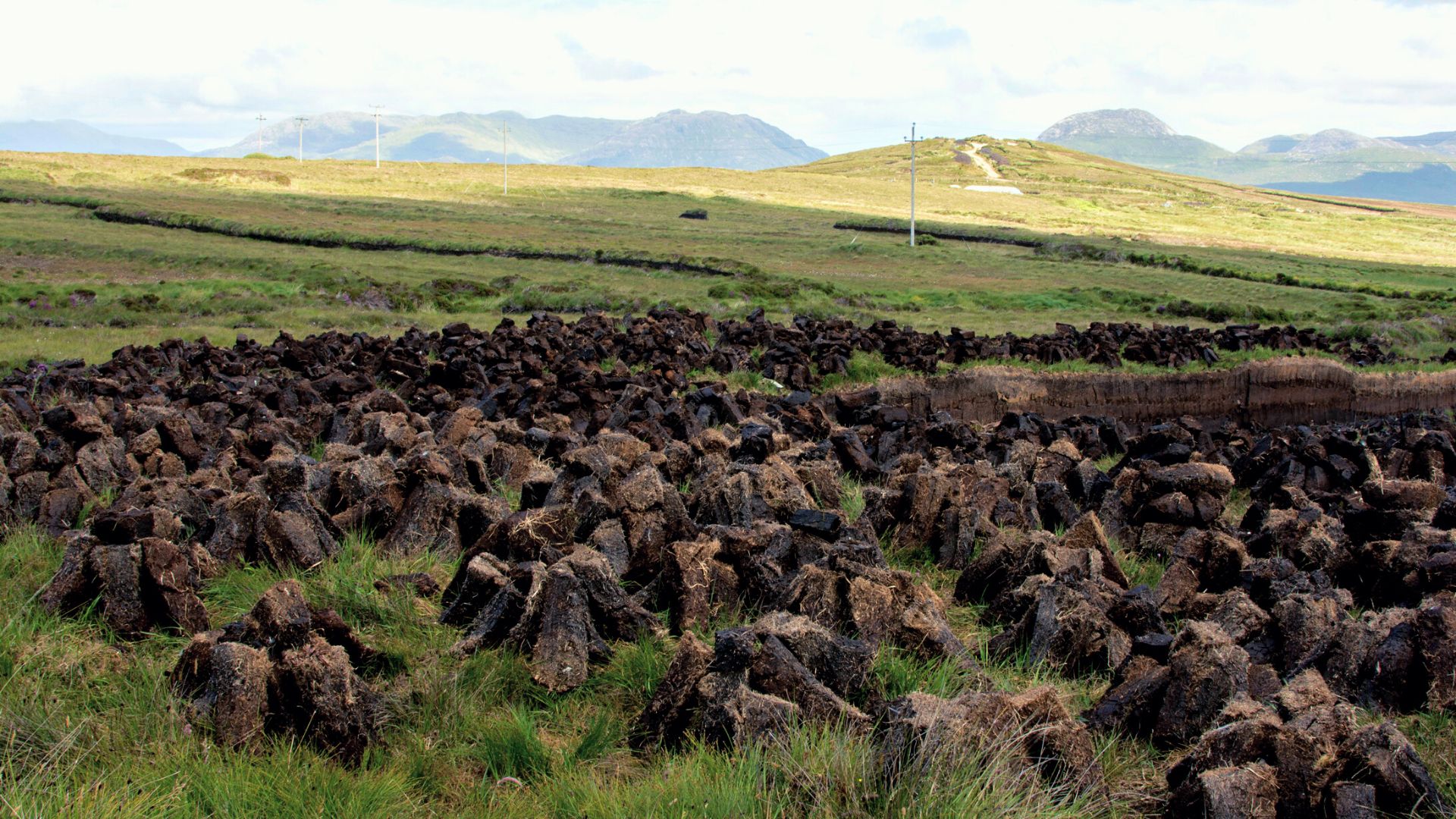 The ‘turf wars’ heat up as Ireland transitions away from peat

At Eurosite, caring for peatlands, rewetting them and, even better, restoring them to their original state (if possible) is part of our daily life (CarePeat, MultiPeat). That’s why we are working on the #PeatlandsMatter campaign jointly with the Global Peatlands Initiative (GPI) on rewetting peatlands as we speak and are part of the ongoing GP3 Press Campaign.

Our friends at the University of Galway released recently, in the context of the GP3 Press Campaign, an interesting article that sheds light on the societal and political issues in Ireland regarding peat. As so often, moving towards a healthy climate and resilient nature can directly impact the life of stakeholders. Please read on below or the original GP3 Article here:

Transitioning away from peat: the ‘turf wars’ heat up

The so-called ‘turf wars’ has been one of the most contentious topics in Irish politics of 2022. In April this year, the Minister for Environment, Climate and Communications and Minister for Transport, Eamon Ryan, recognizing the need to reduce Ireland’s CO2 emissions and the impacts of air pollution (burning of solid fuel causes around 1,300 deaths annually), and aware of the importance of healthy peatlands as carbon sinks, proposed a ban on the sale of turf (peat). Today only 14 per cent of Ireland’s population use turf as heating fuel, so the proposed ban would seem a simple way to reduce greenhouse gas emissions in Ireland. However, the issue is complex and emotions are running high.

The ban, which will come into effect on 31 October 2022, is viewed as controversial for two primary reasons: because turf-cutters fear losing their ‘way of life’ and energy ‘independence’; and because peat is often the cheapest fuel in rural Ireland for heating homes.

Despite the fact that the government only proposed banning the sale of turf, not the cutting of turf on private property and for personal use, some perceive the ban as an attack on rural Ireland. Others see the ban on the sale of turf as ‘targeting the elderly’, who currently often have no other affordable means of heating their homes during the harsh Irish winters. The recent dramatic increases in gas and oil prices have not helped. Many rural residents have also claimed that the government is targeting the ‘small guys’ rather than large companies, with many rural residents questioning whether it is really necessary for the sale of turf to be banned. This article will discuss why many people feel that the answer is ‘yes’, and how the ‘turf wars’ could perhaps be resolved.

While many believe the dispute over turf is solely a national issue, it is in fact closely linked to international affairs. The seemingly sudden fixation on reducing CO2 emissions has been a priority for international institutions and organisations for decades. The quest to reduce greenhouse gas emissions began in earnest in 1994 when the United Nations Framework Convention on Climate Change (UNFCCC) entered into force. The UNFCCC aims to stabilize greenhouse gas concentrations ‘at a level that would prevent dangerous anthropogenic (human induced) interference with the climate system’. The UNFCCC Paris Agreement, ratified by Ireland on 4 November 2016, is the basis for the targets and contents of the European Union’s (EU) ‘European Green Deal’, which aims to reduce EU greenhouse gas emissions by 55 per cent (compared to 1990 figures) by 2030.

Peatlands account for around one fifth of Ireland’s land cover and 64 per cent of the country’s soil organic carbon and are the nation’s largest land-based carbon stock. In 2011, the Environmental Protection Agency found that the carbon storage capacity of Irish peatlands had been degraded by both domestic and industrial peat extraction, and that domestic extraction vastly exceeds industrial extraction (808,385 t C/year and 275,800 t C/year, respectively). Domestic cutting of turf therefore emits almost three times as much carbon as industrial extraction, a fact that many might find shocking.

According to Niall Ó Brolcháin of the Insight Centre for Data Analytics / Data Science Institute at the National University of Ireland, Galway, “there appears to have been an upsurge in turf cutting as a result of the current energy crisis, which has pushed up the price of other kinds of heating fuel and led many people to use turf instead. Turf cutting is, of course, very destructive to peatlands, but the way that turf is cut is important as some ways of cutting are much less harmful than others. Education and training on minimising harm to peatlands should help reduce the damage to peatlands until alternatives to turf, such as geothermal heating and district heating schemes, become more accessible and more affordable”.

With 80 per cent of peatlands in Ireland degraded, the waiting game for change is up. Efforts are being made to assist turf-burning households to burn less of it and transition away from dependence on turf to heat their homes. The government has set up measures to support households that are at risk of energy poverty, including a fuel allowance scheme. Another initiative is the Energy Efficiency Scheme, which offers a 50 per cent grant towards the cost of retrofitting a home to include energy-efficient technology. The scheme has been criticised, however, as retrofitting costs, on average, €25,000 for standard home and up to €75,000 for an older or larger home. Even though homeowners only pay half of these amounts, many find such an investment beyond their means.

Importantly, efforts are being made to support a change of livelihoods for turf-cutters. For example, organisations are exploring the possible implementation of a carbon credit system like that of the MoorFutures project in Germany, which made rewetting peatlands profitable for landowners, and therefore made rewetting a viable alternative to continuing to degrade these ecosystems. 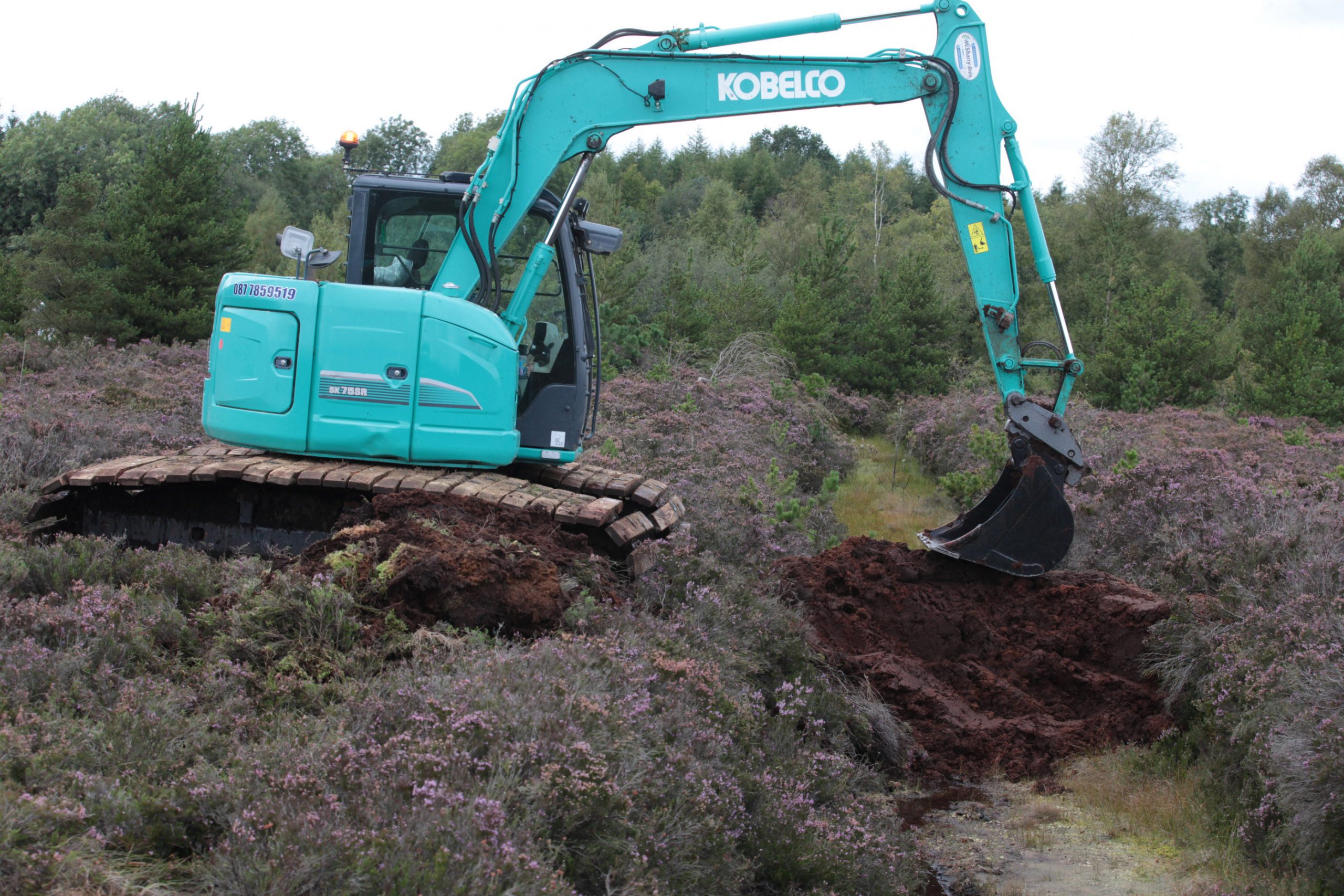 Initiatives are also underway to restore degraded peatlands, with the aim of re-establishing their astonishing carbon storing and capturing capacities. One such effort is the EU Life Multi-Peat project, which is testing and developing techniques and technologies for rewetting and restoring peatlands. This project is being implemented in several parts of Ireland, including in West Midland counties, such as Roscommon and Galway, where most of the opposition to the turf ban is situated.

Dianna Kopansky, the coordinator of the UNEP-led Global Peatlands Initiative, sees such restoration programmes as crucial. “Peatlands restoration projects are super nature-based solutions that are effective and long-lasting, and contribute to tackling the climate and nature crises. It’s critical that projects like these are supported and funded, and their outcomes made widely available. These cutting-edge peatlands restoration projects have proven potential to dramatically reduce carbon emissions and also increase water quality, storage and retention – thereby reducing threats of floods and fires – while also increasing habitats for some pretty amazing species”, she said.

The public response in England to a similar ban, in August 2022, on the sale of peat for use in private gardens offers a striking contrast to the response by the public in Ireland to the ban on the sale of turf, with the ban in England being largely accepted by the public. This difference in the public responses can be partly explained by the differences in how peat is used in the two countries (for gardens in England vs as heating fuel in Ireland) and the fact that alternatives to peat-compost are available while there is a lack of affordable alternatives to peat-fuel in some rural communities in Ireland. Also, the supportive public response in England is likely to be a result of prolonged campaigns in that country by peatland-protection and wildlife organizations, which have increased public awareness of the vital importance of intact peatlands. In view of this, more awareness-raising efforts in Ireland, particularly among youth, could be one means of changing attitudes and ending the turf wars.

At the end of July, the Irish government set maximum limits on greenhouse gas emissions for each sector of the Irish economy with the aim of reducing the country’s impact on our increasingly fragile planet. Ending the degradation of peatlands is an important means of remaining within these limits but, unfortunately, without public awareness, support and activation there is no sign that the Irish turf wars will end any time soon.

Environmental Protection Agency (EPA) (2018) Residential Solid Fuel Use in Ireland and the Transition Away from Solid Fuels.