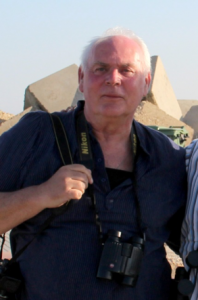 Clive has worked in conservation since the late 1970s, initially as an ornithologist for the Royal Society for the Protection of Birds before graduating as a botanist in the early 1990s.

Since then, he has worked as a botanist specialising in habitat monitoring.   In the mid-1990s he led a field team for the Countryside Council for Wales in an EU Life project to demonstrate the links between conservation management and monitoring and much of his subsequent work has been building on this theme. He is the lead editor of two books on conservation monitoring (covering terrestrial and freshwater habitats) and has co-edited a book on the roles of remote sensing and new technologies in nature conservation.  Before Clive started his own consultancy called Serapias Limited, he was employed as the Conservation Monitoring Advisor for Natural Resources Wales. Clive is a regular contributor to monitoring workshops throughout Europe. He has also worked with ENCA, ECNC and Eurosite (among others) on many occasions to coordinate international monitoring workshops and chaired sessions at Natura 2000 Biogeographical Process Seminars.