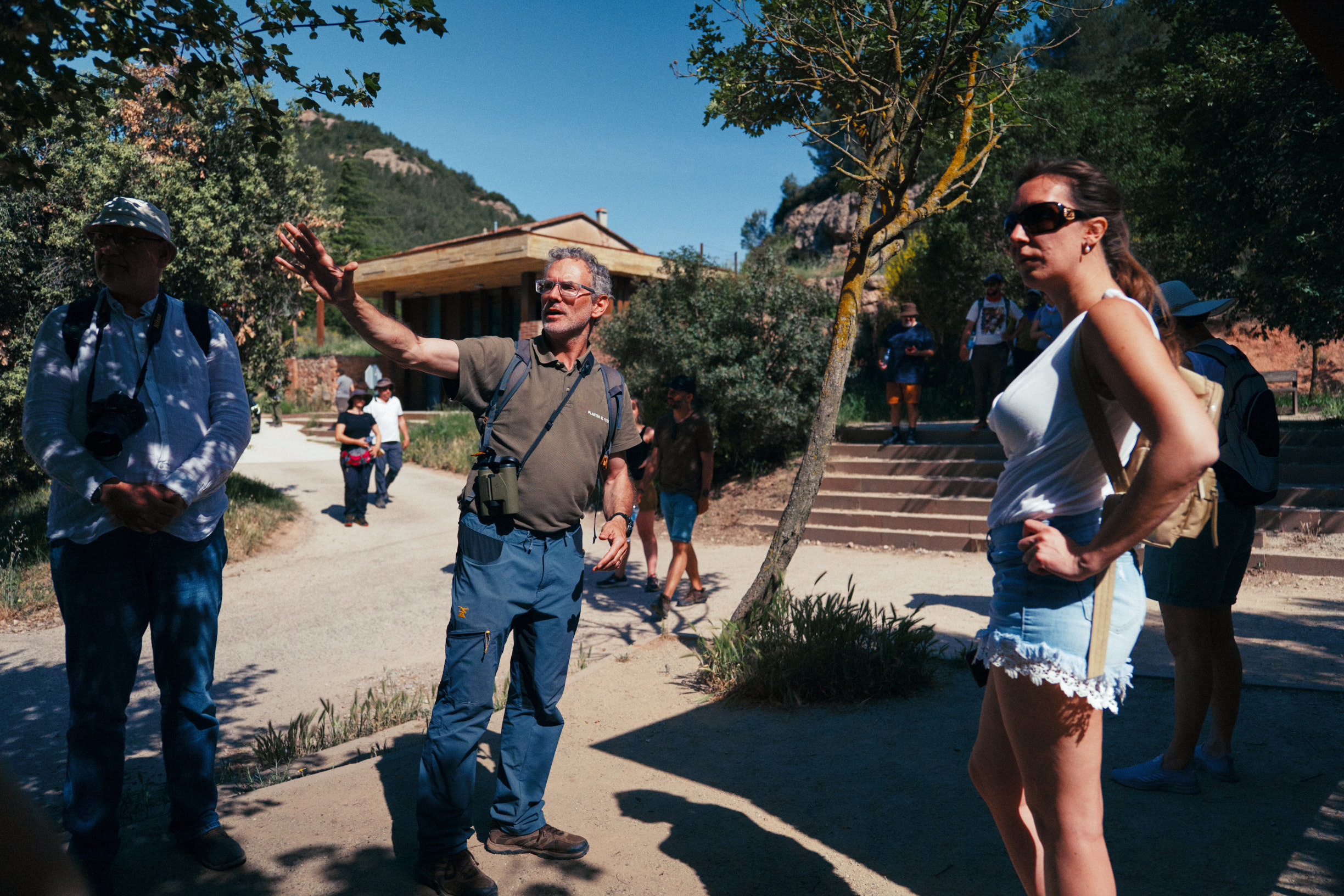 If you want money, ask for advice 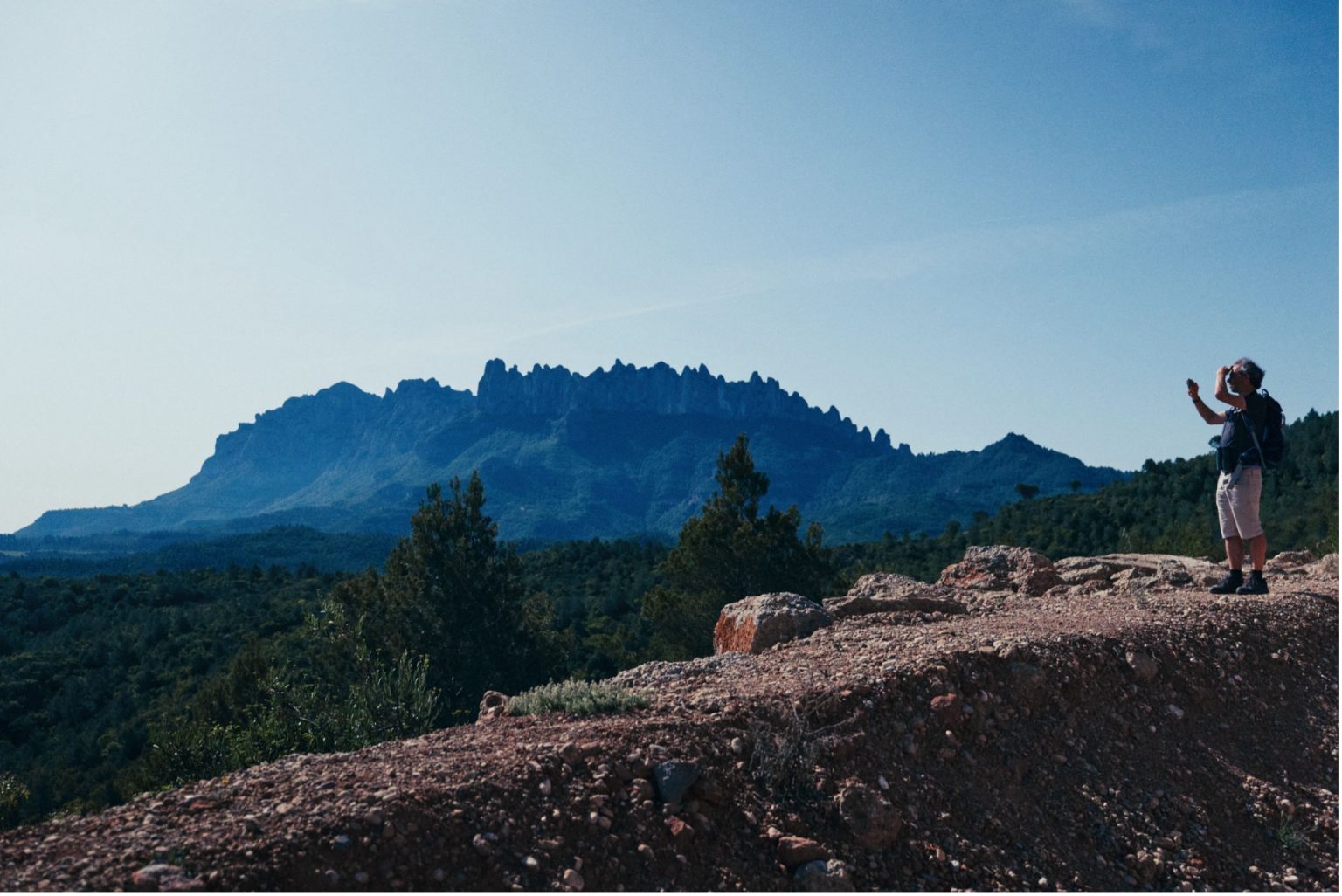 That’s the kind of title we don’t expect when a bunch of conservationists meet in a monastery in Catalonia (Mont San Benet). We’d rather reckon they talk about rare species, the beauty of nature and His will, which mankind obviously is not following. But truth be told, nature conservation is always about money. Or, rather, the lack of it. That is because the sector is under-financed, under-staffed and under-represented. To resolve that, nature conservation and restoration are all about networking. 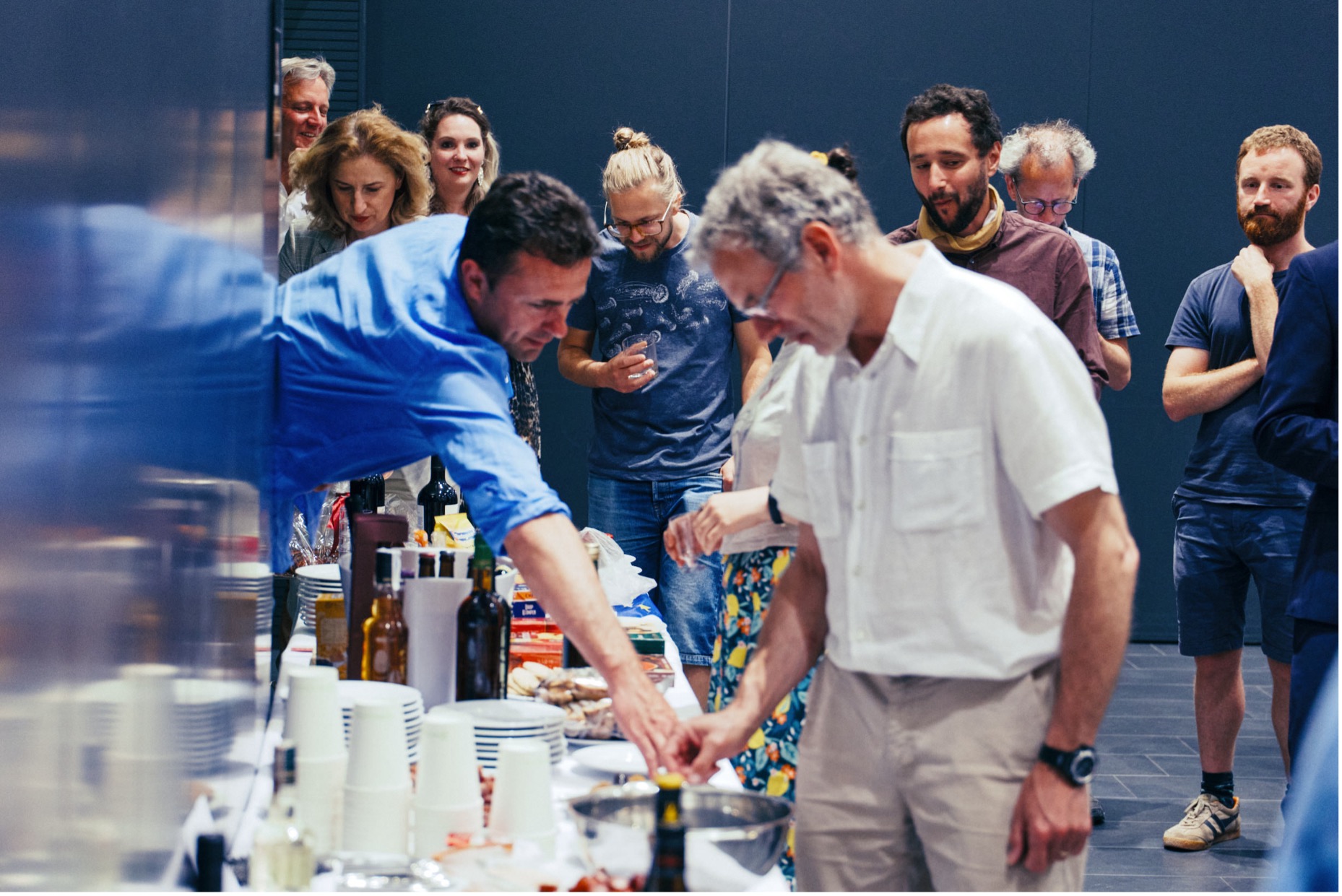 The legendary Eurosite cocktail. The participants share specialities from their respective countries

What do a former Polish tv-producer and geographer in his 70ies (Kazimierz Rabski, Society For The Coast) and a young Dutch environmental scientist with an intensive experience with indigenous people in the Arctic (Stanzi Litjens, Eurosite) have in common? They are both vocal conservationists with truckloads of experience under their belts, and they were both participants in the joint annual meeting of Eurosite and LIFE ENPLC, which took place on 19-22 May in Mon San Benet near Barcelona, Spain. Besides Kazimierz Rabski and Stanzi Litjens, who had never met before, the event convened 45 more participants, from Latvia to Cyprus, from Spain to Slovakia. 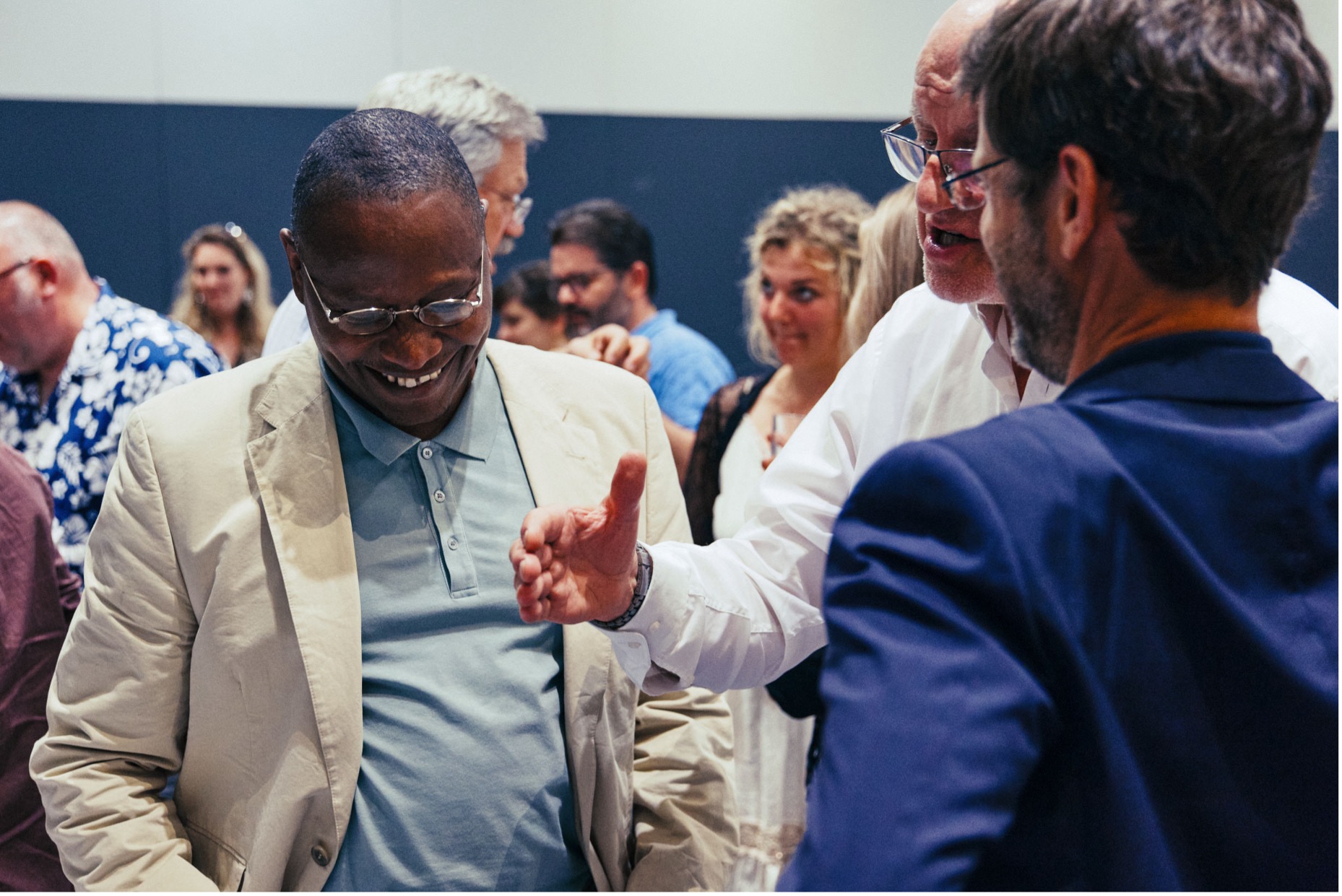 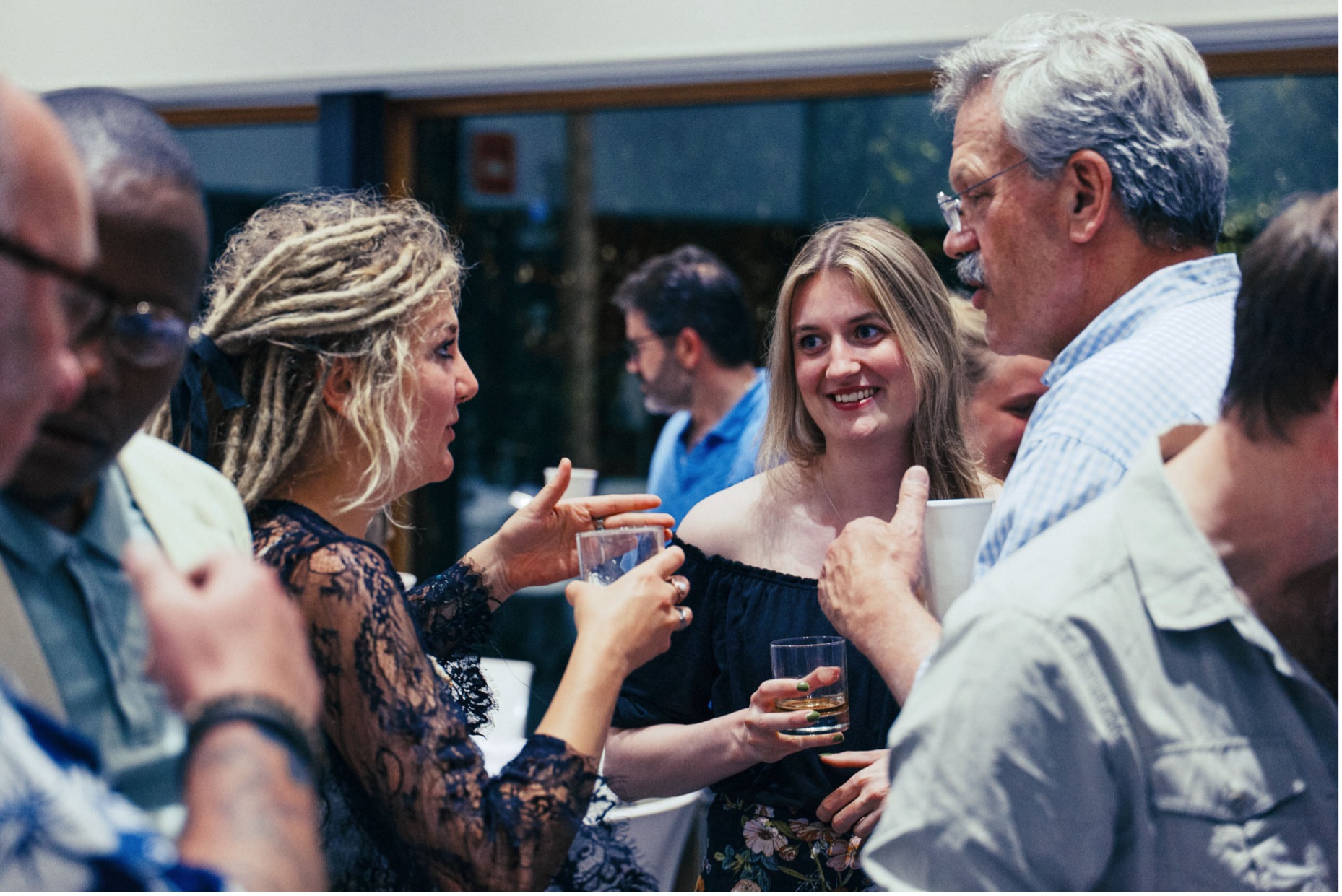 Contrary to what one might expect, considering humanity’s enormous challenges (and the terrible loss of biodiversity is only one example), everyone at the venue felt upbeat and in high spirits. The reasons are easy to understand. First, conservationists tend to do their work because they really like it. And secondly, after two long years of pandemic-induced working from home, they were allowed to meet in person again – finally.

Over the last decades, an unbelievable amount of nature restoration has been accomplished around the globe, with more currently in the works and on the horizon. So, why bother? Why travel, meet and talk, and do workshops? Why not just keep doing the good work and be done with it? 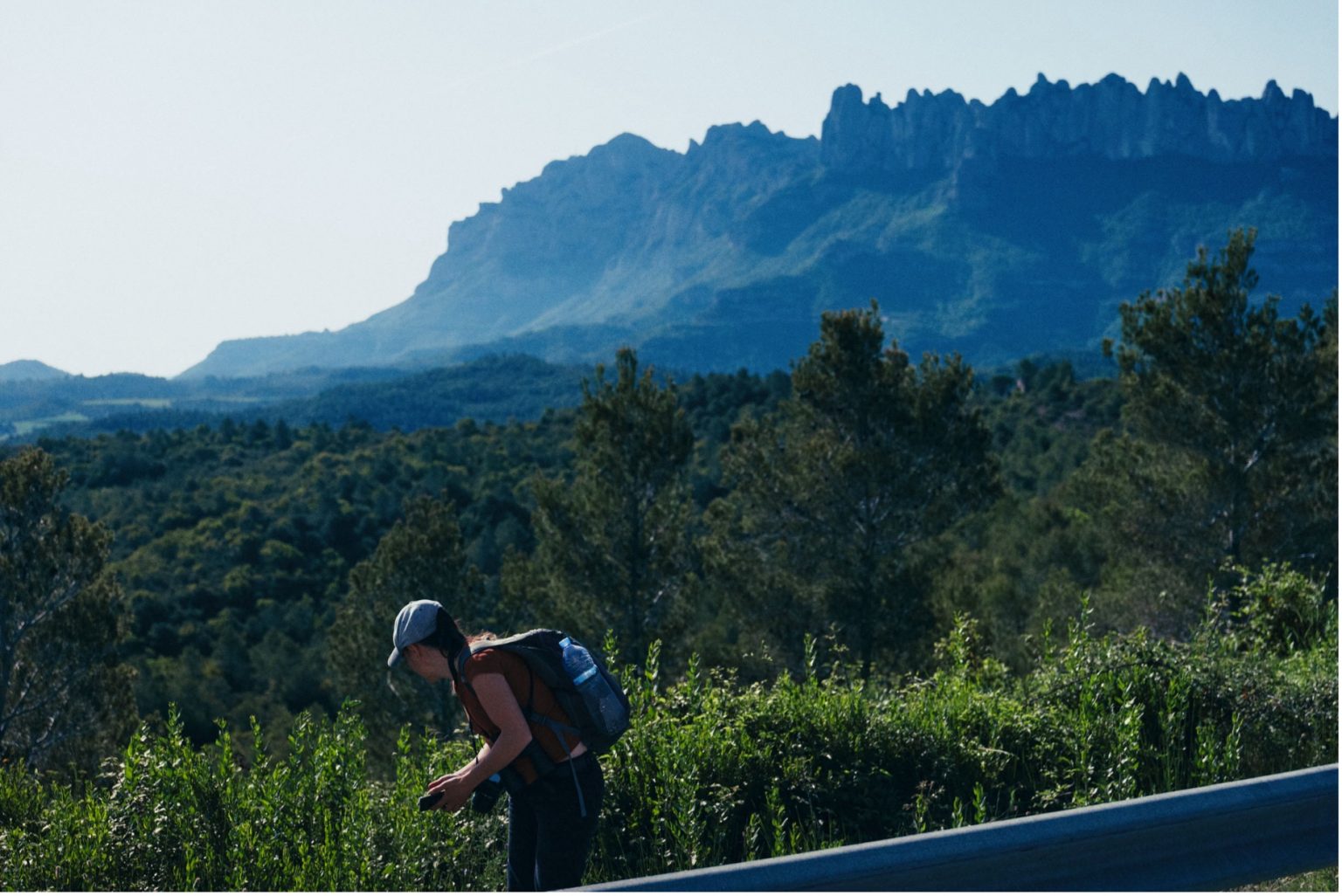 That is because professionals tasked with nature conservation and restoration face a plethora of obstacles. Networking is vital for them to succeed – just how much became clear during a Design Thinking workshop that formed the heart of the Mon San Benet meeting. 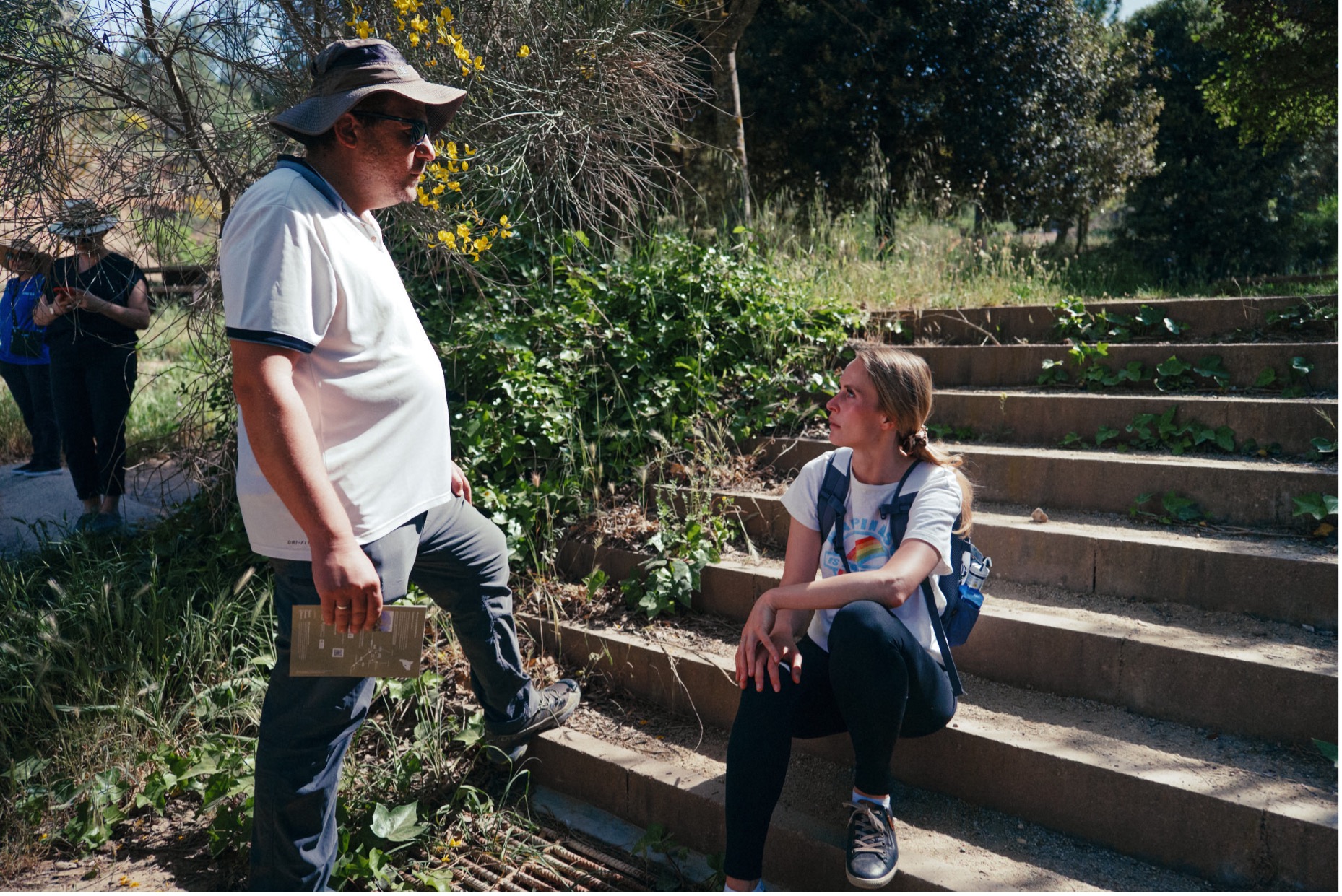 In this workshop, which was led by the excellent Sarah Hause, Rhys Jones from Natural Resources Wales and other participants in his group worked on how to help natural site managers benefit from being part of a European community of conservation professionals. His team had to deal with a hypothetical character who happened to be a conservationist from the Netherlands in charge of a peatland restoration project. They figured that more streamlined and less tedious reporting for EU project grants would improve his life, and he could accomplish more. Another team around Tilmann Disselhoff of NABU dealt with how to support young conservation professionals in their transition into professional work life. They suggested establishing a mentoring programme. In that programme, senior conservationists help junior professionals to navigate the sector and build their careers. 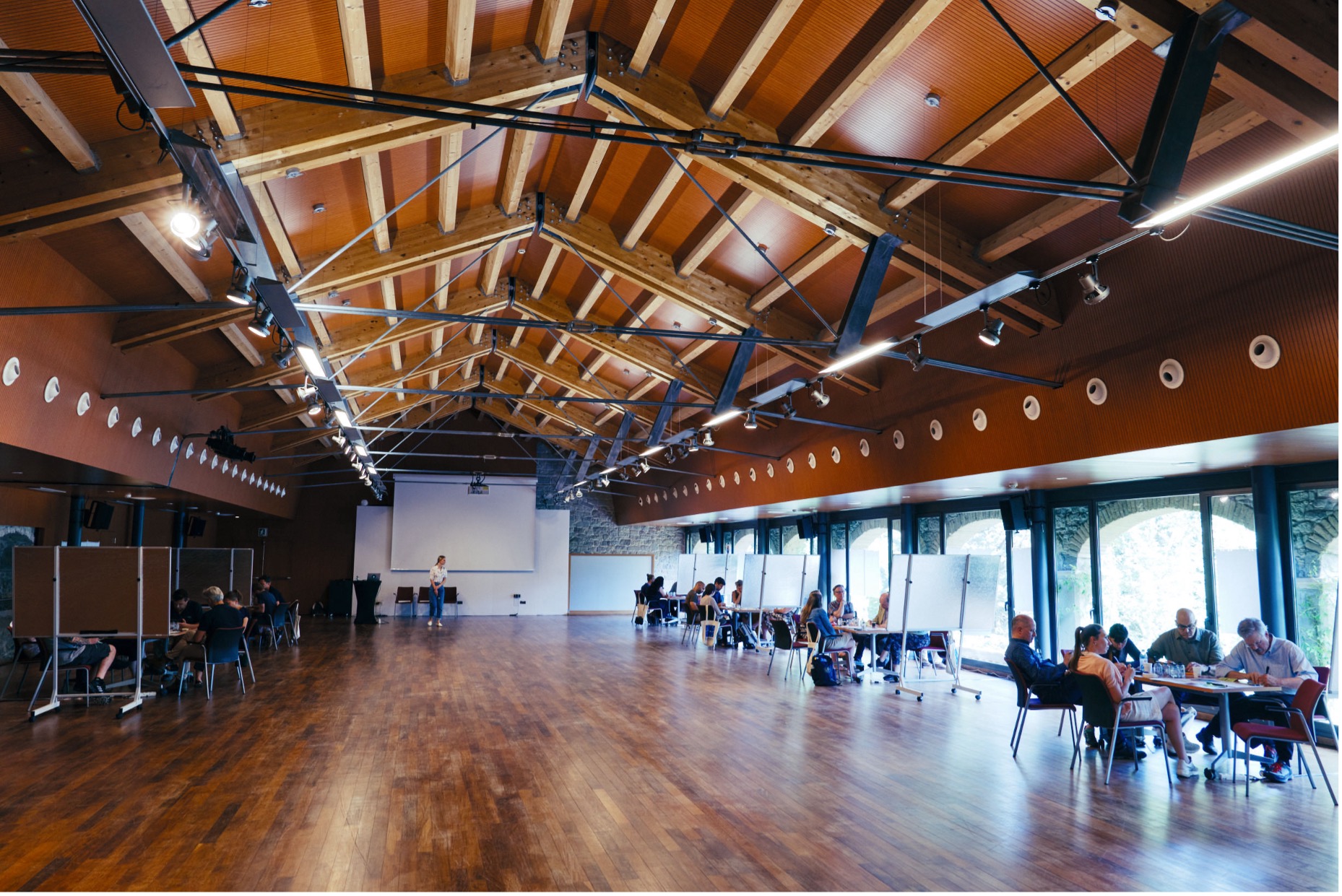 The teams work on their tasks

Other players outside the profession could benefit a lot from networking on nature restoration as well. Miquel Rafa of Fundació Catalunya la Pedrera, who superbly hosted the event, presented in the said workshop a hypothetical farmer at the age of 62 whose vineyard urgently needs a makeover to deal with the challenges that climate warming imposes on the wine-making industry. Miquel’s team created a roadmap for that farmer to implement water retention and habitat restoration measures on his property and link them to a complete marketing strategy for his wines in a changing market. We also learned that the sustainability of the actions raises the farmer’s daughter’s interest, who finally decides to join the wine-making sector, and at some point, will gladly inherit the family estate. 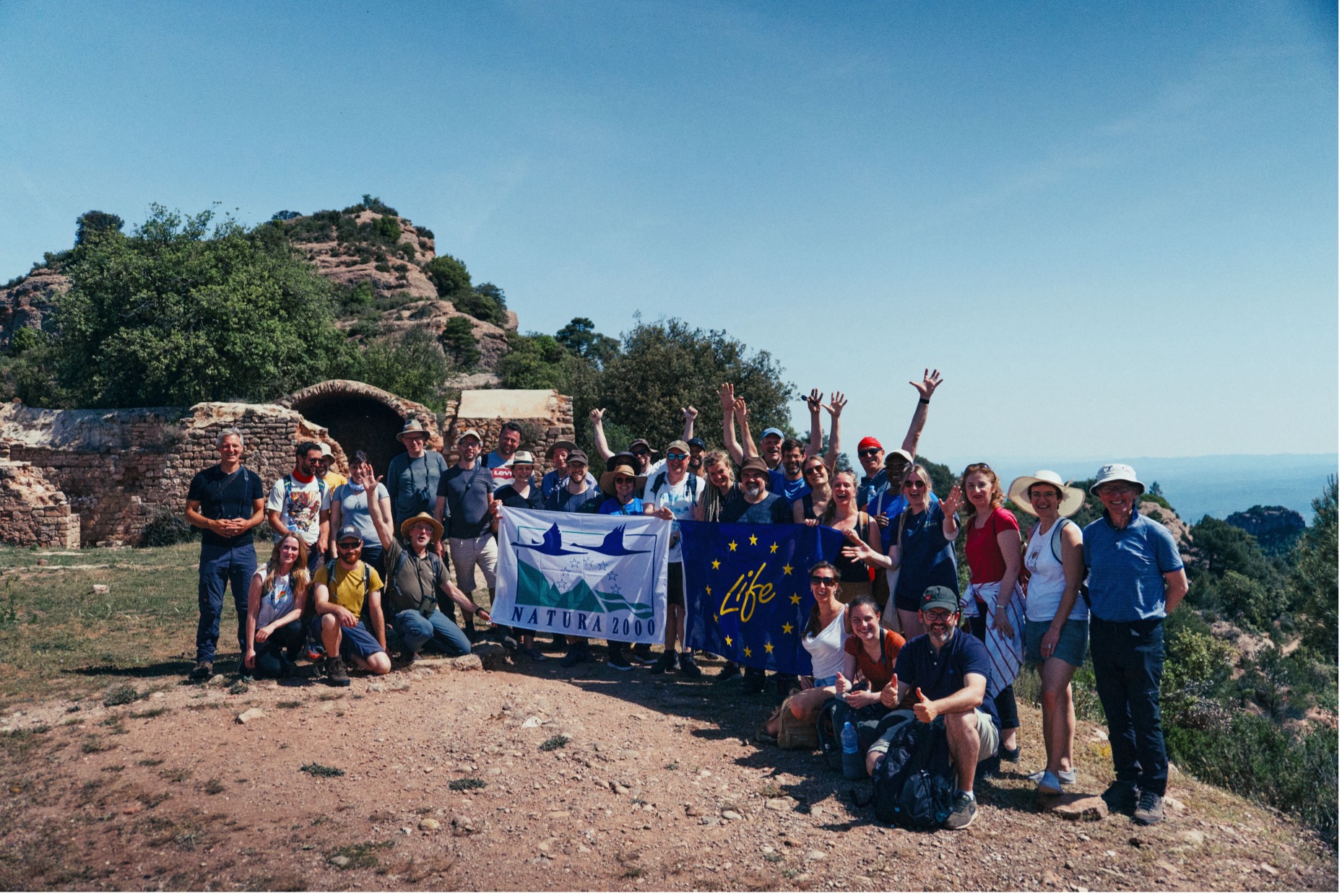 Sustainable private land management is what the LIFE ENPLC project is all about. And the farmer’s case made clear how interdependent private landowners and conservationists are, despite all the animosities occurring in the political realm. There is growing mutual understanding that the common threat of climate warming can only be mitigated in solidarity and collaboration, and the LIFE ENPLC project is a logical result of that. 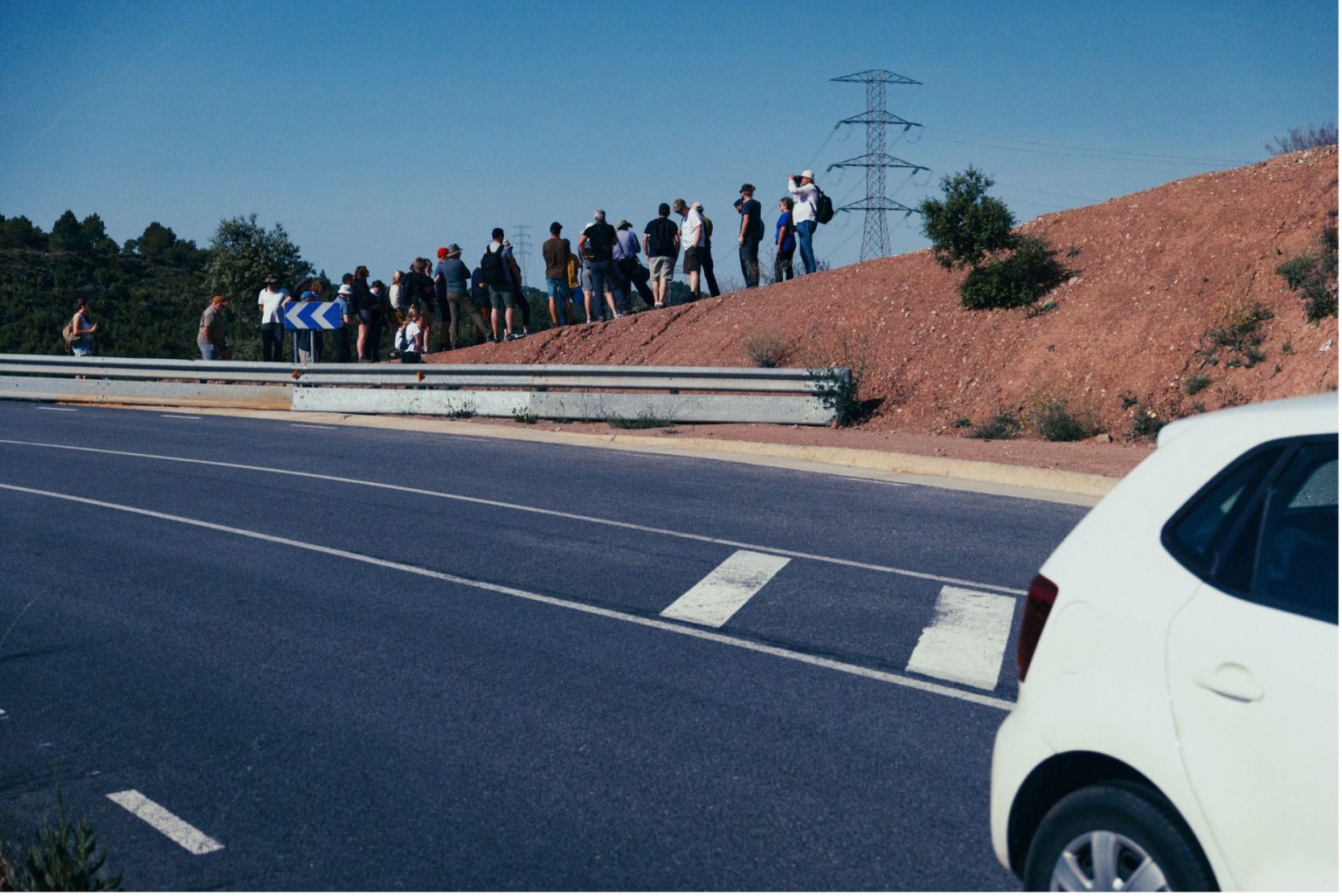 With these thoughts in mind, a bus brought everyone to Monserrat mountains and nearby areas in Fundació Catalunya la Pedrera’s custody. Miquel and his team explained their issues when turning abandoned farmland into biodiverse habitats and fire-resistant landscapes. No proper restoration of cultural landscapes can be achieved without the private sector and those who make a living on the land. In this case, two local farmers raise cattle and goats on parts of the land. 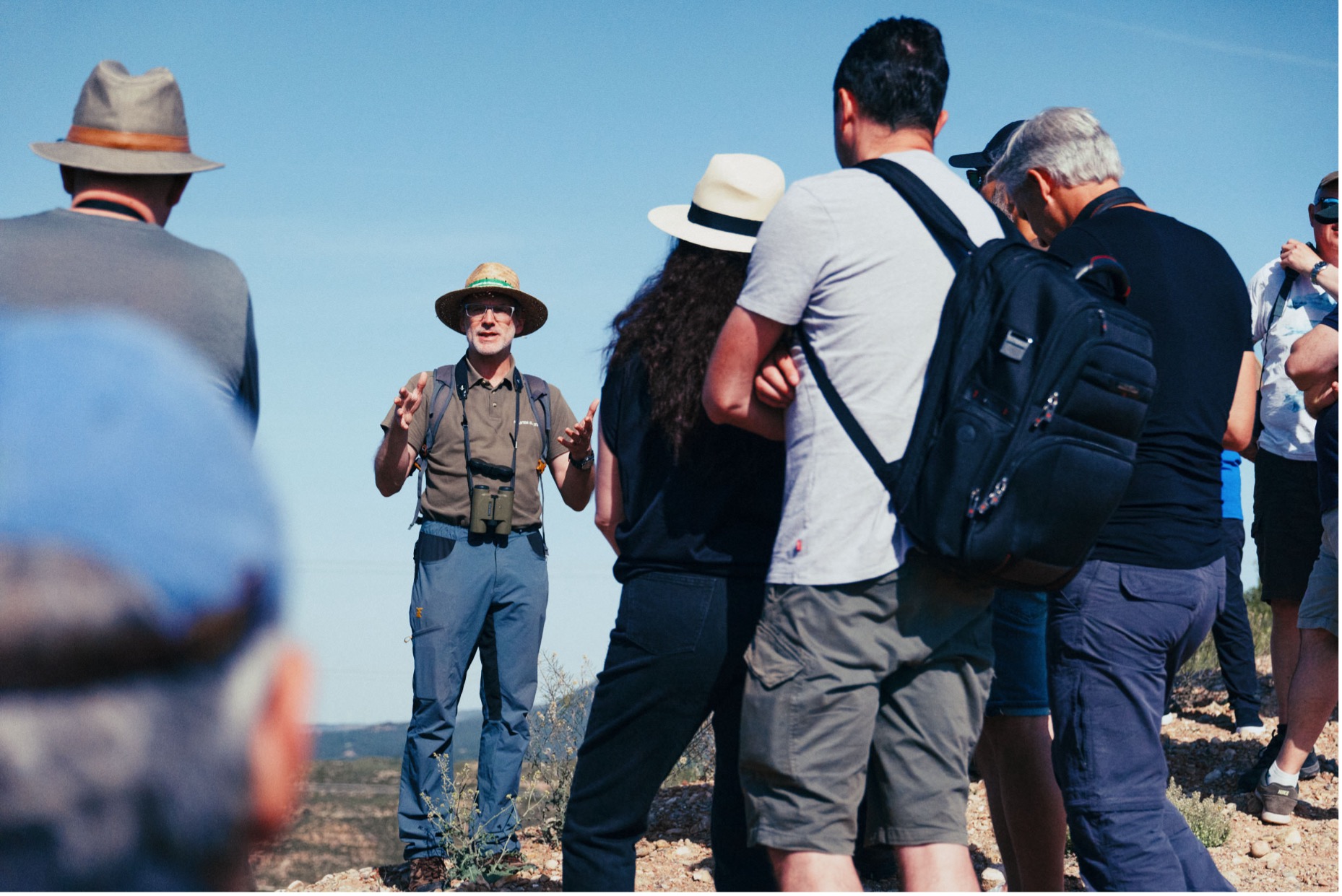 On the second day of the Design Thinking Workshop, Jurgen Tack, Scientific Director at ELO, Valerie Vandenabeele of Anspreekpunt Privaatbeheer, Theo de Bruin of INBBO, Jim Levitt of the ILCN, and your’s truly faced the challenge of figuring out how to convince a hypothetical funds manager at the Hewlett Foundation (Claire from Paris) to give a large grant to a restoration project. The result was presented as a short theatre play performed by the team. 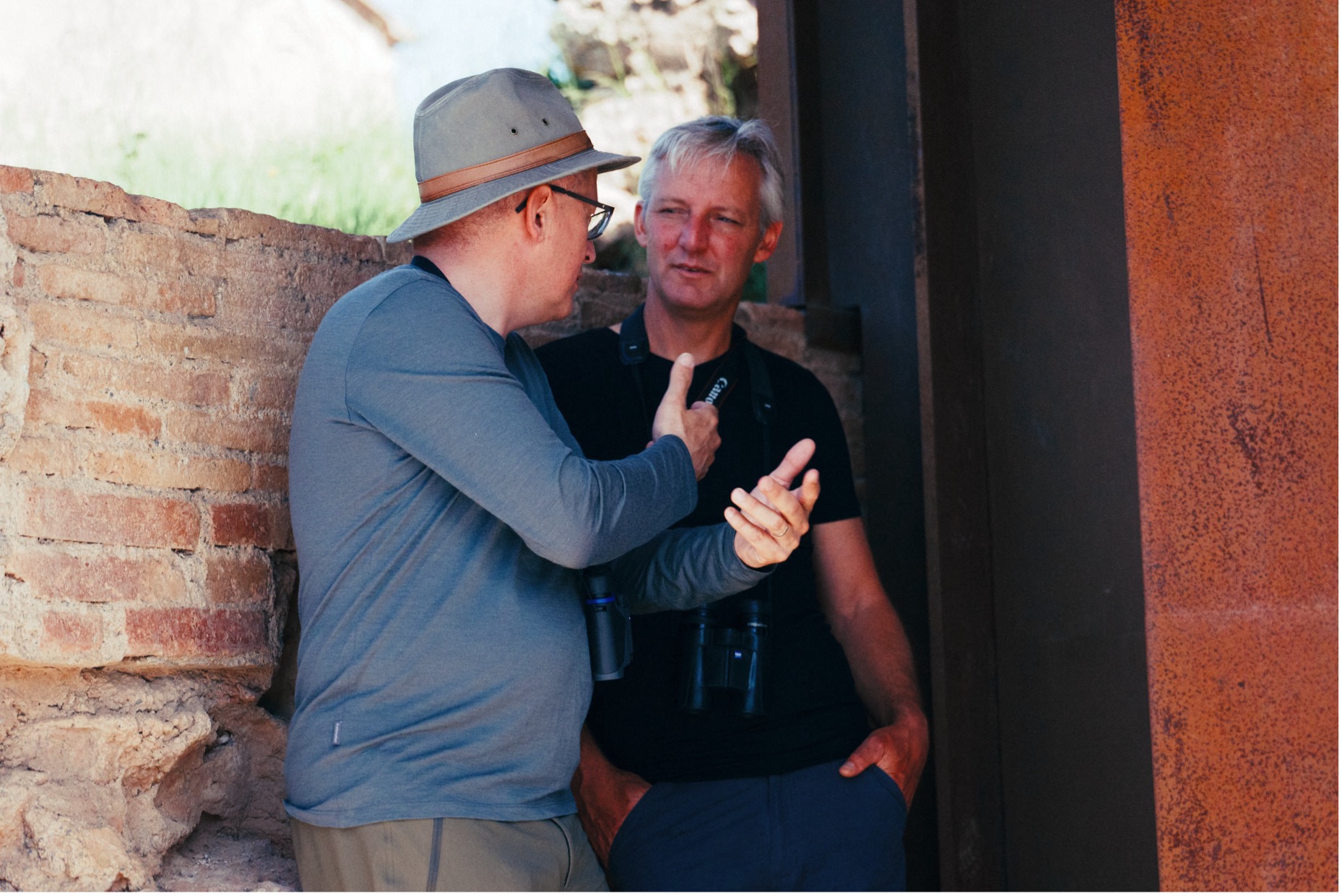 The play’s story begins in an art gallery (Claire loves fine arts) where Jurgen (he’s the conservationist pitching for the grant) meets Claire and skillfully inquires about her interests. He is blessed with emotional intelligence and refrains from talking about restoration projects and grants. Instead, he invites her to an exhibition venue in Brussels. Claire gladly accepts, and a few weeks later, she meets with Jurgen at the exhibition, where – not entirely by coincidence – she meets Jurgen’s ally, an executive of the European Commission (played by Jim), who vows for Jurgen’s credibility and experience. The play is wrapped up with a short episode staged on the Galapagos Islands, where Jurgen shows Claire the impressive results of an ongoing project he supervises. Jurgen is shrewd enough to ask her for advice on his project’s specific issues. Impressed with his humbleness and kindness, she feels very much acknowledged and processes in her head now how to pitch a joint project with Jurgen at her organisation to fund it. 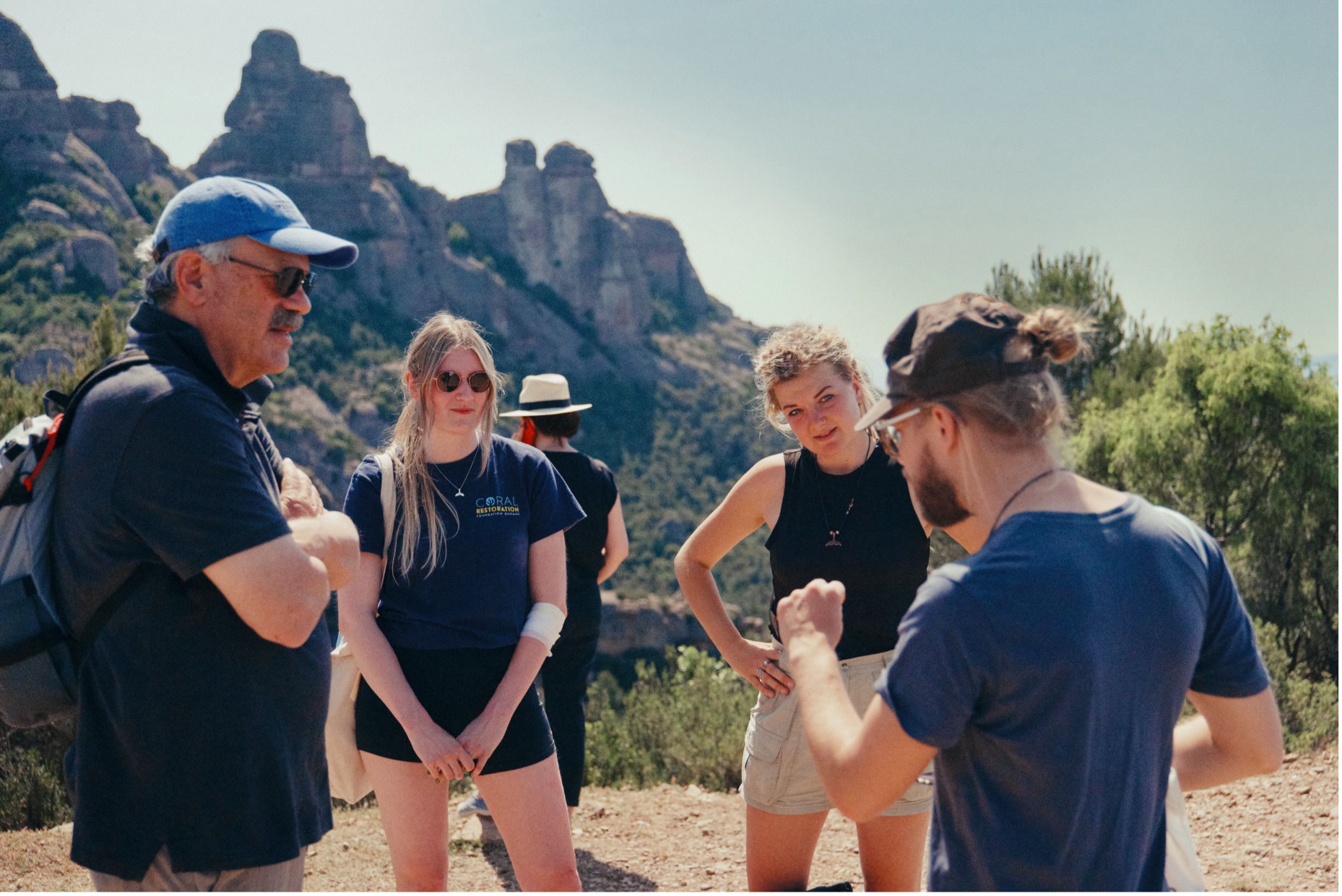 As I learned from Stanzi, there’s a lot to gain from indigenous wisdom for modern science to understand habitats better. Perhaps Claire’s and Jurgen’s joint project will materialise at the Artic with Stanzi Litgens as the project’s ambassador to the indigenous people?