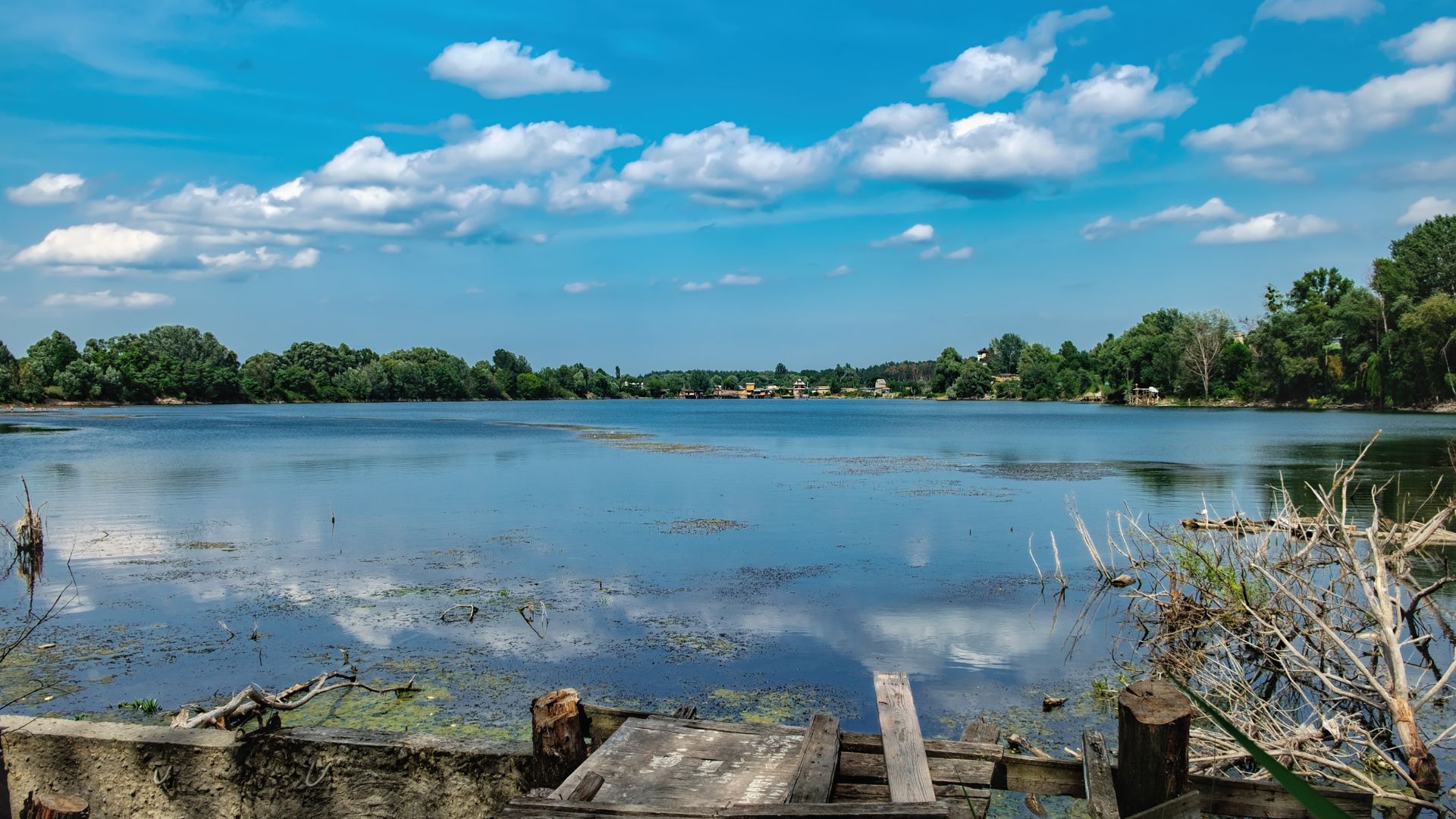 How the war impacts conservation work

The image above shows the Irpine River / Kyiv region before the war. Photo Sonatali/Getty Images

The Russian invasion of Ukraine has dramatically impacted the conservation activities of Eurosite member DCP, the Danube-Carpathian Programme. Bohdan Prots is the organisation’s Director/CEO, who works part-time for the State Museum of Natural History, National Academy of Sciences of Ukraine.  Bohdan and I are in a regular exchange.

Conservation work stopped entirely in the first two months of the invasion. Instead, Bohdan and his team focused full time on providing humanitarian aid and support for the Ukrainian forces. Through crowdfunding, he and his organisation gathered around € 50.000, among others, from Eurosite members.  The funds were used to support refugees fleeing from east and south of Ukraine into Lviv city with essential items and to buy gasoline, technical supplies like used cars, night binoculars etc. Up to date, the four detailed public reports are presented on the webpage and Facebook pages on how money has been used.

Besides the disastrous air, water and soil pollution levels, the war directly impacted nature conservation. One of the most striking examples is located nearby Irpin, a city close to Kyiv.

The Irpin floodplains were a biodiversity hotspot, a Ukrainian Amazon with vast wetlands composed of bogs, swamps, and marshes that thrived along riverbanks of thick reed beds and dunes of golden sand. But the floodplains of the Irpin river were drained during Soviet times.

Bohdan Prots tells me on a call: “It (the floodplains) was 5 metres deep in places and full of giant catfish and sturgeon, as well as now-missing wetland bird species and birds of prey, like the white-tailed eagle.”

Damming and draining the floodplains on the Irpin (and also Dnipro) River had a catastrophic impact on the ecosystems that once thrived here. Many housing developments were built on the old floodplain, putting further pressure on the dying river ecosystem.

But all at once, the situation changed rapidly, triggered by the vicious Russian invasion of 2022. 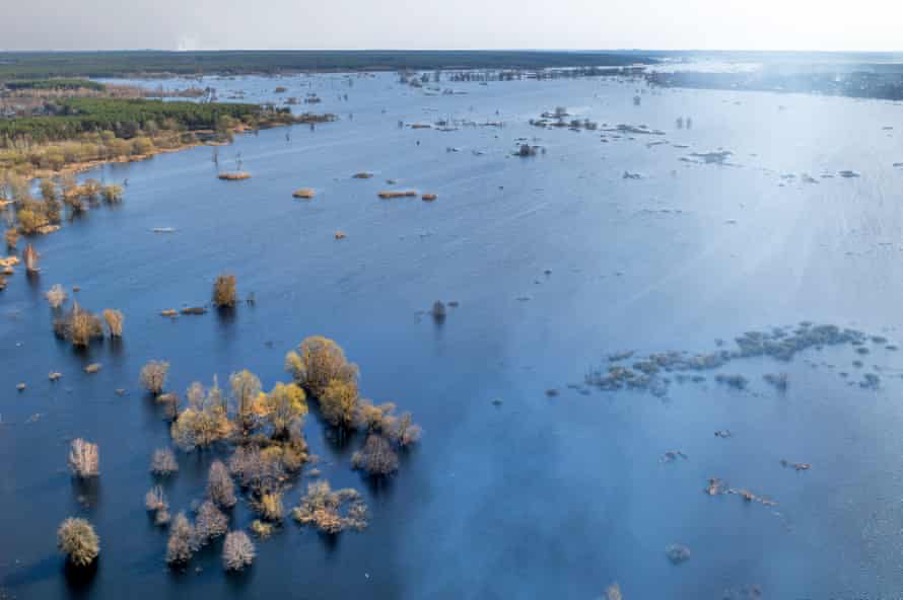 The Ukraine army destroyed the dams and flooded the floodplains to stop the Russian army from advancing to Kyiv. This helped to stop the Russians from reaching Kyiv, and eventually, they retreated. At least for now, Kyiv is safe.

Conservationists, including Bohdan, hope that the re-flooding of the Irpin floodplains will be the start of restoring the original beauty and biodiversity of the floodplains. But before that is the case, much work must be done.

Bohdan says: “Wetlands can’t be restored just like that. Only because the water has returned doesn’t mean we are looking at a new wetland rich in biodiversity. The ecology has been very badly degraded over many, many years. It would need many years for ecological improvements to be observed. The sudden re-flooding of the old Kyiv-Irpin wetlands, which also helped defend Kyiv against the Germans in 1941, is unlikely to have the same ecological benefits a carefully managed rewilding project would produce.” 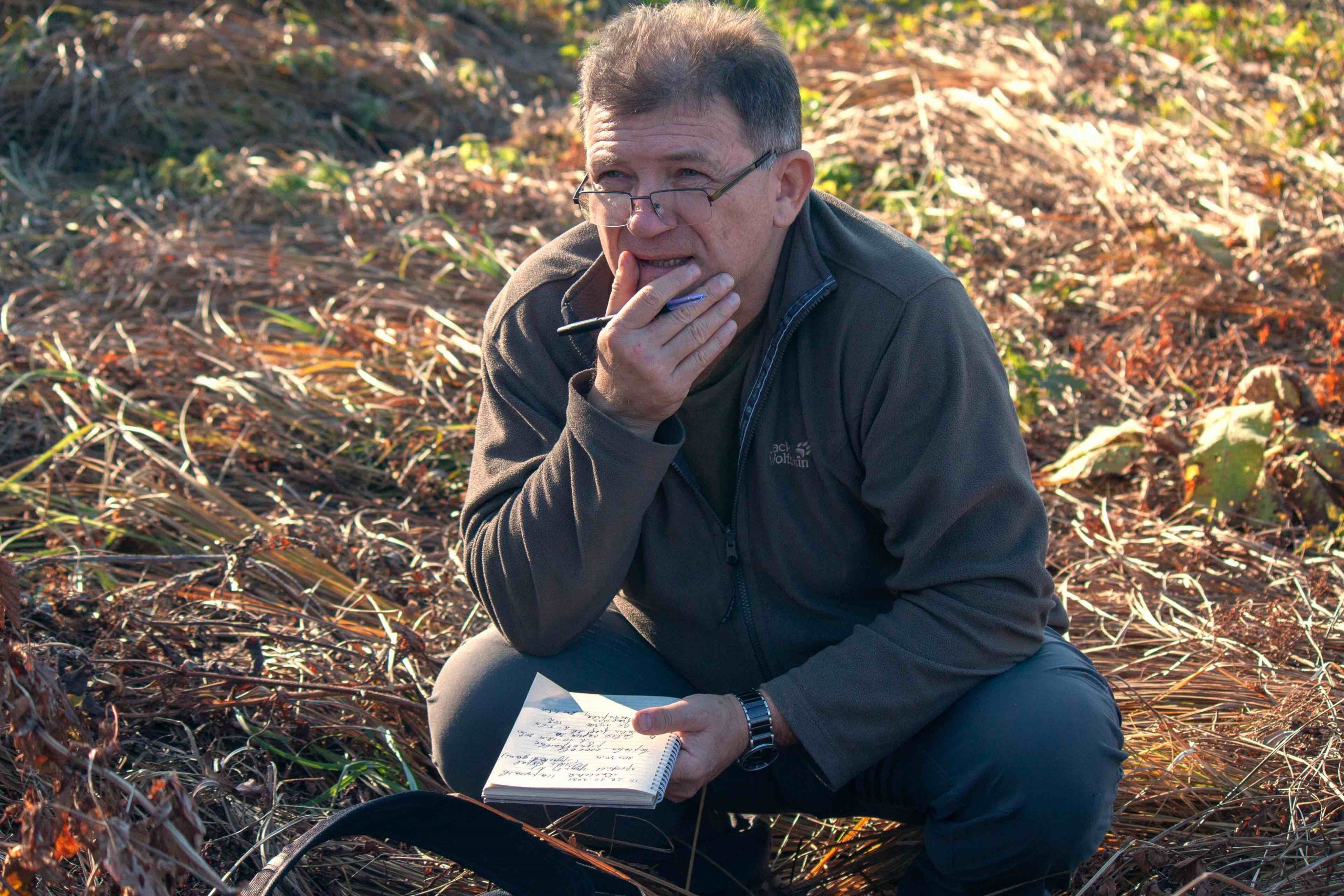 Bohdan continues: “Irpin town people sacrificed their lives and houses to protect Kyiv. War doesn’t do rewilding – there was no research, and there was no planning or mitigation. The critical stakeholder involvement, like the local community, should not be ignored.”

The Chornobyl Exclusion Zone is another area where Bohdan and his team ran a restoration project.  Because large stretches of the exclusion zone are drained, the chance of wildfires has increased significantly, releasing dust and smoke loaded with radionuclides.

The project focuses on restoring the hydrology and increasing the fire fighting capacities. And although the Russian army has retreated from the area, resuming conservation work is still impossible. Apart from the site being full of landmines, the office equipment of his project has been mostly destroyed or looted by the Russian army. Bohdan states that the Russian military was using old maps and had no clue of the radiation levels in the area and established a military base in the highest radioactive pollution segment of the Chornobyl Exclusion Zone.

Last but not least, Bohdan and his team are working in the west of the country in the Carpathians mountains with a focus on protecting the number of different habitats of old-growth forests and wet meadows and maintaining the functioning of ecological corridors for large carnivores.  Protecting these habitats became more urgent with the increased pressure on the forest resources in Ukraine already in pre-war times. As elsewhere, climate change adds to the threats.

According to Bohdan, the large biodiversity areas, protected areas, and other areas help to strengthen the defence capacity against invaders; wilderness like forests, rivers, and wetlands have proven to be clear obstacles for the Russian invaders. Nature diversity contains enormous potential for the protection of national frontiers. We all know that sustainability, conservation, and fostering biodiversity pay into people’s health and food security in the long term. But it can also work as a bulwark against intruding enemies. Who would have thought it?

Henk Zingstra chairs the Eurosite Management Planning Expert Working Group of which Bohdan is one of the members.  Henk and Bohdan have known each other since they worked together on a project to introduce the Habitats Directive in the Ukrainian part of the Carpathians (2016-2018) and have since been friends.